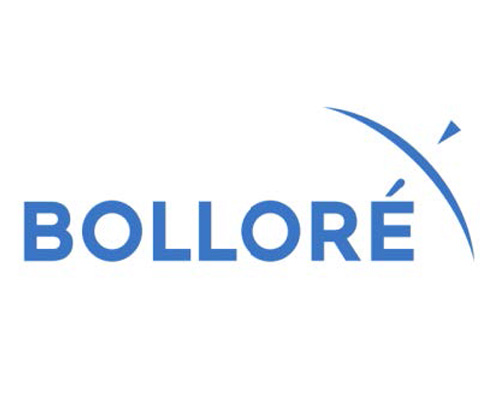 The Bolloré Group, based in Puteaux in France, is publicity traded and among the 500 largest companies in the world. Founded in 1822, it is still majority controlled by the Bolloré family.
The stability of its shareholder base enables it to follow a long-term investment policy. Thanks to its diversification strategy based on innovation and international development, the Group currently holds strong positions in its three lines of business : transportation and logistics, communications, electricity storage and systems. 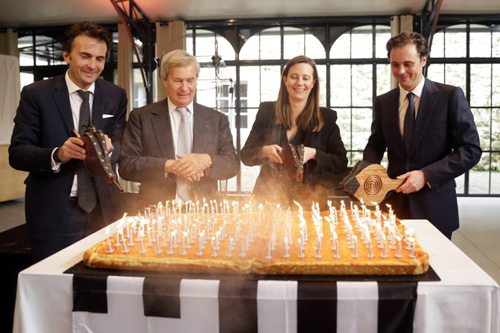 © Pascal Anziani - Bicentenary of the Bolloré Group in Odet on February 17, 2022

Bolloré Transport & Logistics is one of the world's leading transportation groups with 34,000 employees spread among 109 countries across all continents where it carries out its business activities in ports, freight forwarding and railroads. It is also a major player in oil logistics in France and Europe.

The Bolloré Group’s Communications division mainly consists of its stake in Vivendi with Canal+ group, the top pay TV channel in France, Havas, one of the world's leading advertising and communications consultancy groups, Editis, the second largest French publishing group, and Gameloft, leader in mobile video games. Since the end of 2021, it also holds an 18% stake in Universal Music Group, the world's leading music company.

Blue Solutions is part of the Bretagne division, which brings together the Group’s industrial activities,alongside Bluebus, Bluestorage and Plastic films. Blue Systems leverages the know-how and expertise of several Bolloré Group entities brought together around a shared objective: offering an optimization ecosystem for flows of people, materials and data.

Alongside its three core businesses, the Bolloré Group manages a portfolio of financial investments accounting for 13 billion euros invested as at March 2022, including the Bolloré portfolio (UMG, etc.), worth 6 billion euros, and the Vivendi portfolio (UMG; Lagardère, Telecom Italia, Mediaset, etc.), worth 7 billion euros.
GENEROSITY AT THE HEART OF THE BOLLORE GROUP’S  DNA
Giving back a little of what we have been fortunate enough to receive, this is the adage that has been lived by the successive leaders of the Bolloré Group. In 1917, René Bolloré built Keranna the first workers’ housing estate in the French department of Finistère to accommodate the families of the workers at the Cascadec factory. In 1998, Vincent Bolloré created the Fondation de la 2e Chance (second-chance foundation), to help people who encounter hardship due to life events but are determined to get back on track. This deep running commitment to pulling together and helping each other out is reflected, among other things, in the Earthtalent by Bolloré programme, which rolls out the Group’s generosity initiatives in the countries where it operates. The main focus of the programme in recent years has been youth empowerment. The goal is to support projects that have a significant social impact, both for the younger generation and for local communities. 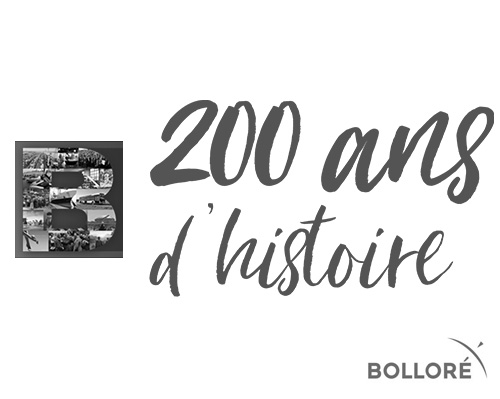 In 1822, in Odet, Jean Guillaume Bolloré and his brother-in-law Nicolas Le Marié laid the foundation stone of the paper mill they had designed and financed. This is the event that marked the beginning of our Group’s history. Together, they set up a system for making paper with a drying technique on horizontal poles. Old rags were steeped in a vat, squeezed out by hand, then bleached with chalk and lye. 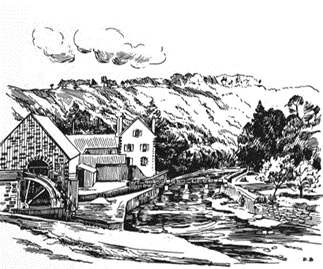 In 1861, Jean Réné Marie Bolloré took over the reins of the company. He invested in new equipment and set about expanding the factory. He was a naval surgeon, and legend has it that he brought back the secrets of how to make thin paper from his many trips to the Chinese seas.

René Guillaume Bolloré took over from him in 1881. He is considered to be the second founder of the Papeteries de l’Odet, as he managed to turn the company around, uncover new opportunities, and optimise deliveries thanks to the new railway. The Papeteries evolved from heavy wrapping paper to wallpaper, bubble wrap, coloured silk paper and letterheads. Together with his brothers, they honed the production of thin paper and cigarette paper 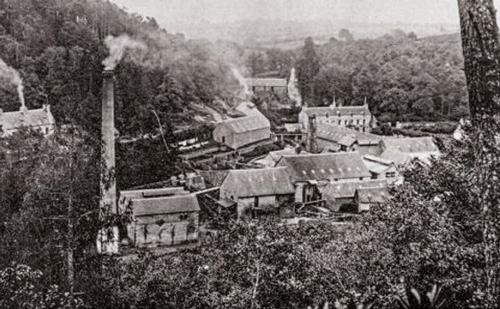 Upon René Guillaume’s death in 1904, his twenty-year-old son Réné Bolloré took his place until 1935. He learned how to do all the jobs at the mill. In 1911, he married Marie Thubé, the daughter of a ship merchant from Nantes. Her father introduced the company to his prestigious contacts, which opened up opportunities in England and America. Prior to the First World War, the company started using a new paper machine. The workforce increased from 200 before the war to 1,200 workers in the 1920s, including those at the Papeteries de Troyes which the company had just bought. In 1917, they also bought the Cascadec paper mill in Scaër and built a hydroelectric plant there. 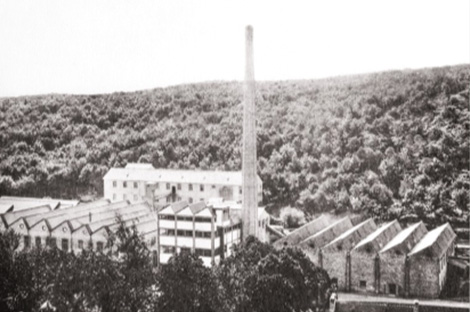 After the war, René, Michel and Gwen Bolloré revived the company. Manufacturing resumed in 1947, using coal, then fuel furnaces, and the mill was producing 1,800 tons of paper by 1948. In 1950, Bolloré bought the Papeteries de Champagne in Troyes, and shares in the Mauduit paper mill in 1954. Next, they acquired the Braunstein paper mills – split as a 50% share with the Bardou family, the owners and makers of the JOB brand – and partnered with the American Schweitzer paper mills. In the sixties, the factories produced capacitor paper, which was soon replaced by the new technique of polypropylene film.

In 1981, Vincent Bolloré and his brother, MichelYves Bolloré took over the family-run OCB paper mill which specialised in bible paper and cigarette paper. They repositioned it to leverage the more prosperous market of tea bag paper, before moving into plastic films. It is this line of business that later gave rise to the famous LMP® battery, which is still made in Brittany today. The company was listed on the stock exchange under the name of Bolloré Technologies in 1985. In 1986, it bought SCAC (Société Commerciale d'Affrètement et de Combustible) from Suez, an acquisition that laid the foundations for development in Africa and in the transport business. Over the years, the Group took on a new dimension. It diversified and developed in three key sectors: transport and logistics, communications, and electricity storage and systems.

Cyrille Bolloré, the current Chairman and CEO of the Bolloré Group, took over the reins of the company in 2019 after working for fifteen years in different entities of the Group.  He is supported by his two brothers Sébastien (Deputy CEO of Compagnie de l'Odet) and Yannick (Chairman of the Supervisory Board of Vivendi) and by his sister Marie (CEO of Blue Systems).  " I have no doubt about our ability to succeed together. I simply hope that we will hold onto the visionary mindset we have had for the last two centuries and that the forces will be in our favour and continue to guide us as we embark on the next stage of our journey. " explains Cyrille Bolloré. 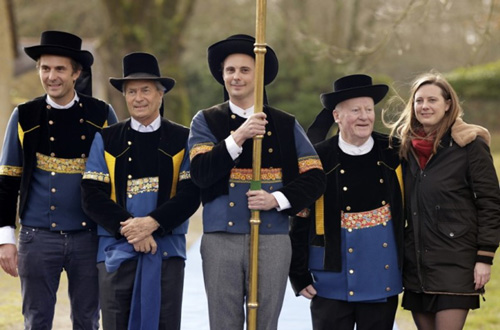