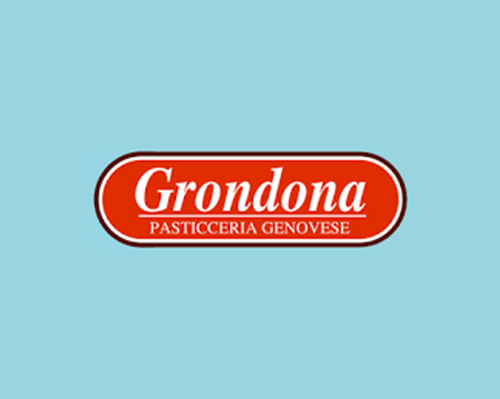 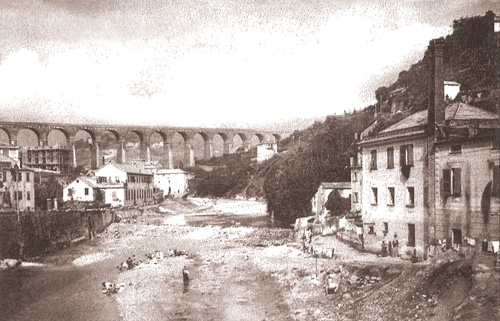 In Genoa, but a little throughout Liguria, you cannot name the Grondona Biscottificio without immediately thinking of one of their sweet products, which have become iconic over time: think of Lagaccio, the real bis-cotto baked and cooked twice, rough and fragrant, or canestrelli, which have the rich consistency of simplicity. 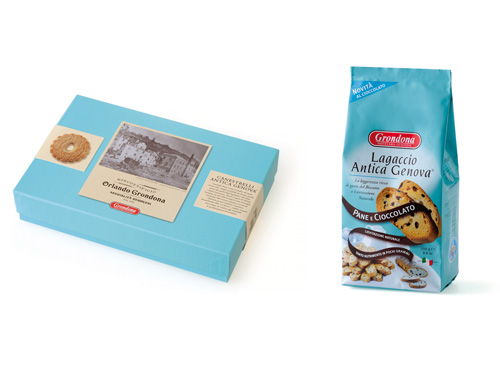 Many Italian companies were sold, keeping only the name. Grondona, on the other hand, is unique in Italy: the founder's family remains at the helm of the group with Gildo Grondona, president, and his brother Orlando, member of the Board of Directors, flanked by the last generation Andrea, Francesco and Massimiliano Grondona 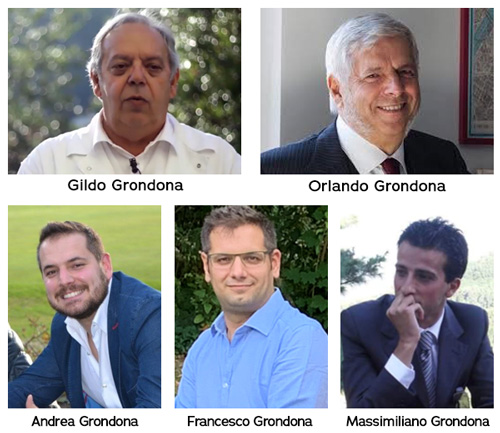 The Grondona family has expanded production and purchased other historic Italian brands: Bonifanti, which has mainly produced panettone and colomba pasquale since 1932 with an obsessive attention to the quality of the materials and the use of the same natural yeast from white mother and Duca d'Alba, an historic company in Piedmont, which has always been characterized by attention to the nutritional aspects of its high-quality biscuits. To these is also added Bocchia, which since 1958 has been an excellence in coffee roasting in Genoa, an activity to which subsequent generations have added the production of artisan delicacies to accompany the drink.

The goal, therefore, is historic: a two-hundred-year-long adventure for a company that we cannot define "only" as a successful entrepreneurial reality. The Grondona biscuit factory is a source of pride for the Liguria region and for Italy, which it represents with its products throughout the world.

To celebrate this milestone a special postage stamp was issued by Poste Italiane depicting the company logo of 1951 (the scene of the little girl grabbing a cookie from her grandfather's hands), a celebratory book was presented and a special box of Baci di Dama dedicated to the bicentenary, on sale from November. 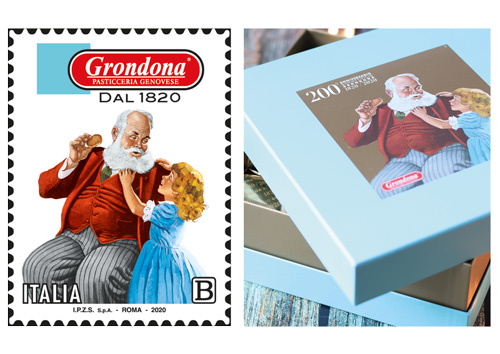 The philosophy that guides the company is simple, like our biscuits: to produce without compromise, always pursuing quality. There is a reason why Biscottificio Grondona S.p.a. today it is not a company like any other. The Grondona family made a difficult bet: they decided to combine family management, the real one, where the owners get their hands dirty with flour, and refined industrial technologies, craftsmanship in processing and a prominent presence in terms of distribution. Working on regional recipes means focusing on particular products: unique products, which cannot be found elsewhere. This is how Genoese and Ligurian specialties are simple. 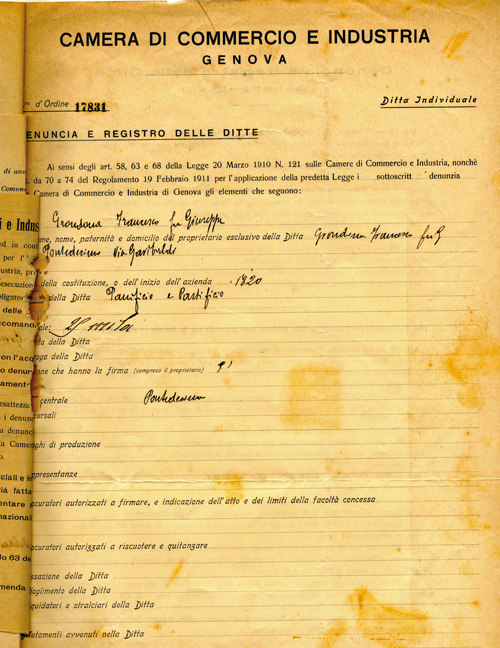 Giuseppe Grondona, called "Manufacturer Vermicellaio" because by that time he had already undertaken the manufacture of semolina paste using flour obtained from his milling plant. 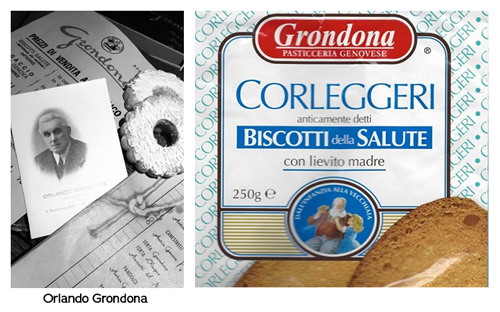 In the 1880, to facilitate the sale, the first shop was opened in Pontedecimo Square. 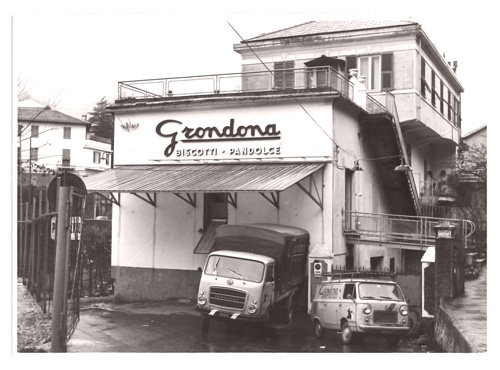 Expansion of the factory implemented in the first after the war, Grandfather Orlando started making cookies with original family recipe in the black notebook. He chose to diversify the business more by starting the production of various confectionery specialties, including "baking pastry" and "malted biscuits". 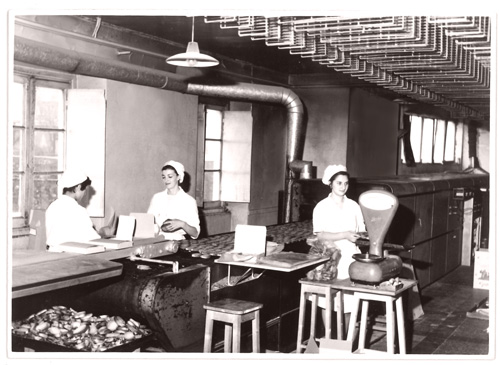 The new generation of Orlando and Gildo Grondona become the owners and inaugurate the new basket factory in Ceranesi, Orlando is in commercial management while his brother Gildo takes care of the production part. 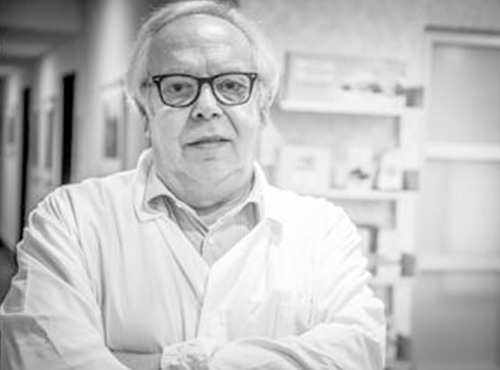 The new factory in Campomorone was opened, while the old factory was used for the retail sale of the products. Company definitely avant-garde and high-tech, but maintaining the original and artisanal production processes. 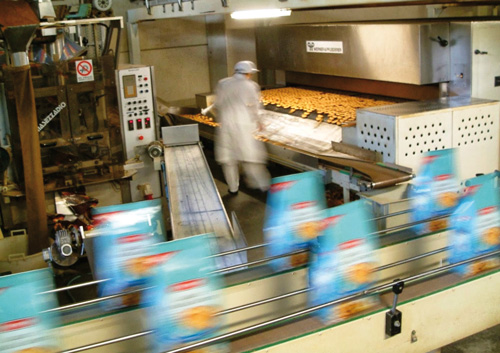 The expansion of the Grondona Biscuit Factory does not stop, new logistics warehouse in Genoa-Bolzaneto was born.

Grondona serves the best chains in the area, especially in Northern Italy, such as premium super market and gourmet shops as well as the best shops and the best regional ones.

Grondona acquires the Duca d’Alba to face the new "without" market. Without sugar and extra virgin olive oil, the Biscottone is born in 7 different flavors 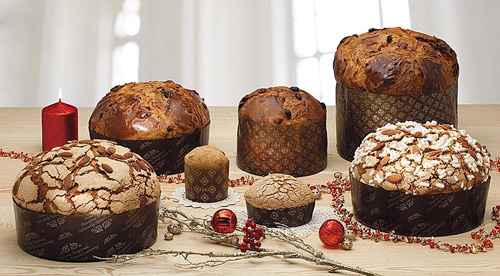 Grondona acquires an excellence in coffee roasting in Genoa and coffee bars, 9 places when you can find Grondona’s cookies.

Grondona celebrates its 200 years old of the company’s birthday with the authorities of Genoa, the mayor Mr Marco Bucci and the assessor Mrs Paola Bordilli.