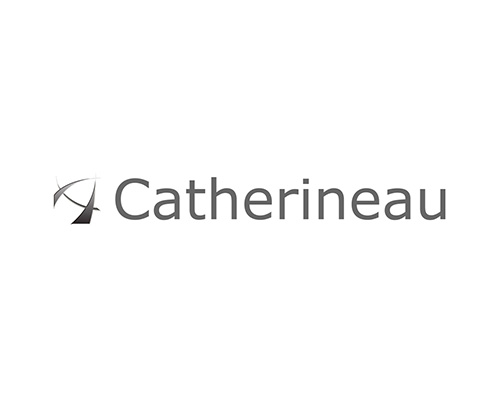 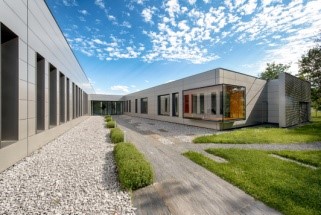 Today’s Etablissements Catherineau is led by a father and his two daughters, all totally committed to a company which combines tradition with modernity. Catherineau has been dedicated to fine wood working since 1750, and since the 1960s has specialized in the completion of VIP interiors for aircraft and helicopters.
To-date, Catherineau which has contributed to the interiors of more than 2,000 aircraft and helicopters, employs 90 people with a turnover of 10 million Euros. Its customers include renowned French aircraft and helicopter manufacturers. The choice of location alongside Bordeaux airport is also no coincidence, reflecting our strategy of developing durable partnerships with our customers. 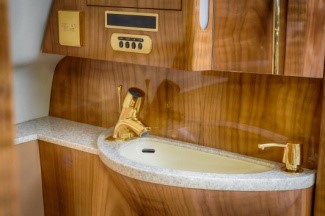 At the heart of the company are 20 engineers and designers and 60 craftsmen and cabinet makers who express their experience and skills by creating products that must meet strict aerospace regulatory requirements, whilst also responding to our customers’ highest quality expectations. 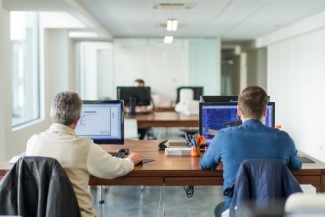 The precision and beauty of their realisations express a mastery of their art, and continuously reinforce the company’s position as a market leader.
Catherineau’s approach to manufacturing places humans and, artisanship at the heart of the matter, but blended with modern technological expertise, a combination which makes the company a visionary in its field. Throughout its long life Catherineau has evolved, adjusted to change and maintained its leadership by always being open to renewal and innovation.

Based on these principles Mr. Alain Catherineau, the current Chairman, has created and patented a new material. 30% lighter than available alternatives, it represents a significant step forward in the manufacture of aircraft interior furniture, in which weight saving remains a critical performance enabler. This same spirit of innovation also permeates our methods and product development teams who strive daily to create industry-leading design concepts that unfailingly comply with regulatory requirements. 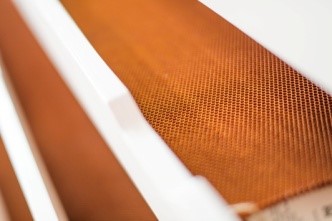 As for the future, it will be built by the 8th generation of the Catherineau family, which is already in place. It will do so with the energy and excitement generated by an environment in which excellence is the norm. Catherineau intends to remain a family controlled company and retain the attributes that it knows best; quality and top of the line products. Of course, diversification is always a possibility… 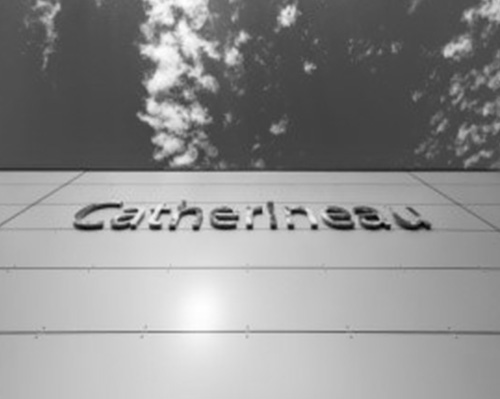 The adventure of Etablissements Catherineau begins with Pierre Catherineau, a cooper. His son succeeds him and continues the coopering tradition.
Thus begins the father to son succession and the company’s development evolves by, constantly responding to the needs of the marketplace.
Faithful to this principle, some years later Jean Catherineau, Pierre’s grandson, reorients the company towards the joinery trade.

The company is managed by Jean-Achille, Jean’s son. 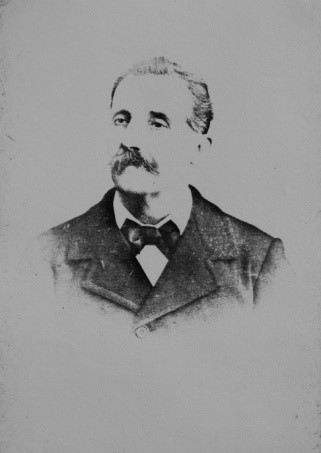 Catherineau outfits schooners and lighters that provide the transportation across the Garonne river. Proximity to tidal docks represents opportunities that are exploited in turn by Jean-Achille’s to significantly grow the company. He establishes a ship maintenance and repair business that also makes wooden patterns for foundries. His son Pierre-George further develops this business, which becomes known as pattern making.

For many years the company continues these activities until Jean, the son of Pierre-Georges, establishes a new division to build insulated structures. The factory thus begins to build insulated furniture and cold rooms, while also continuing its patternmaking business. 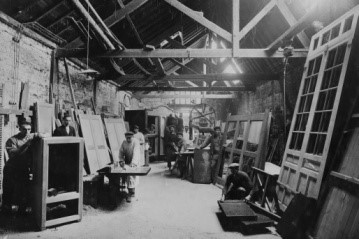 After the Second World War, the company re-focusses on joinery work for buildings and ships, as well as pattern making for foundries.

This is the year that Catherineau makes the first wind tunnel models of the Mystère 10 and 20. This is followed by the first cabin interior furniture for the Mystère 20 and then the Falcon 50. These are the roots of Catherineau’s aeronautical business. 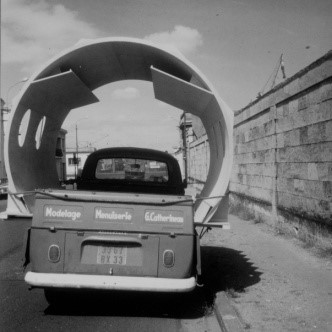 However, the company does not loose sight of its marine traditions. Alain Catherineau, who rejoined the company in 1972 run by his father, establishes a new division for the interior completion and sale of British recreational vessels. 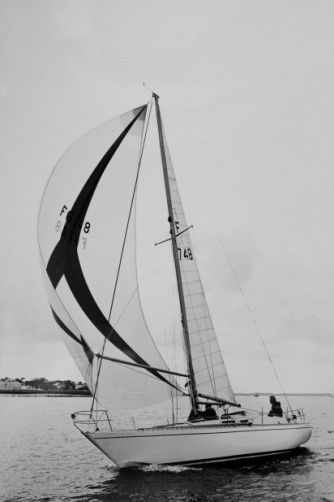 Always oriented towards change and most importantly innovation, the company undertakes a major initiative to optimise the manufacture of its aeronautical products. In 1984 Alain Catherineau perfects a co-cured composite manufacturing process. The next step is the first aircraft interior fittings machined exclusively by numerically controlled manufacturing equipment. 10 years later, Catherineau completes the first A330-A340 VIP aircraft with Air France industries.

Catherineau starts the completion of VIP helicopters with Airbus Helicopters. 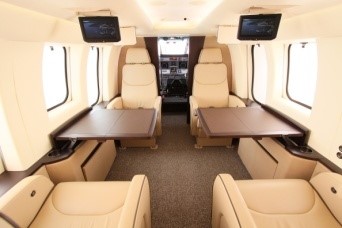 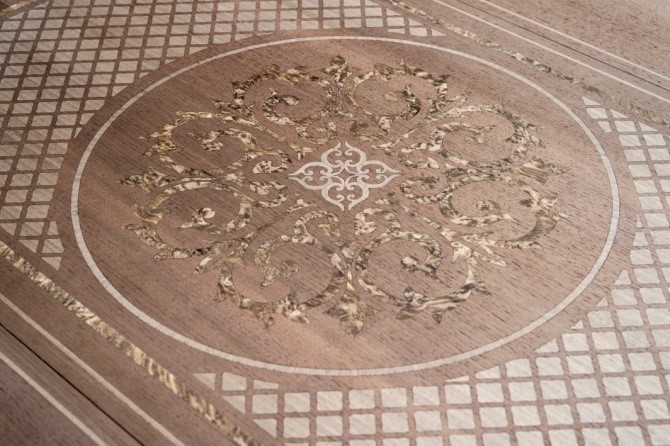 Since then the company’s aeronautics business has grown continuously with several new contracts. Catherineau designs and manufactures the complete interiors for the Socata TBM 700 aircraft, and the interior for the Dassault Falcon 7X. In 2011 it is given the responsibility for the design and manufacture of the first shower for the Falcon 7X, as well as staterooms for A330 and A340 VIP aircraft.

Anne-Sophie, educated in industrial design engineering from Ecole Nationale Supérieure d’Arts et Métiers, and with an MBA from IAE de Paris-La Sorbonne, joins the company and oversees construction of new workshops alongside Bordeaux Airport. Today she is the company’s CEO. 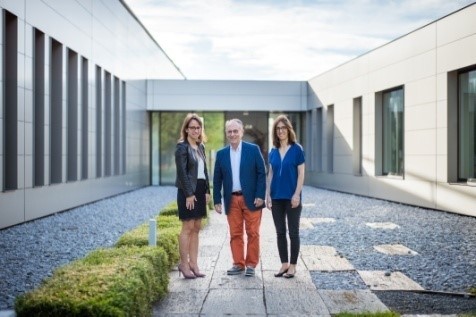 Catherineau contributes to the interior completion of the French presidential Airbus A330, including responsibility for the conference table, and the President’s office.

Marie, with a degree in engineering from the Ecole Nationale Supérieure de Physique de Grenoble, and an MSc in Structural Design at Toulouse, joins the company and is today responsible for R&D.

Catherineau continues its business development activities with its customers Airbus Corporate Jet Center, Airbus Helicopters, Daher Socata, Dassault Aviation, and is actively working on obtaining new approvals with a view to expanding the scope of its activities. 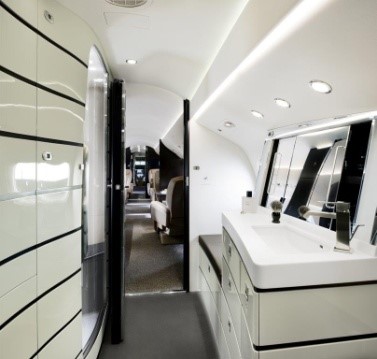