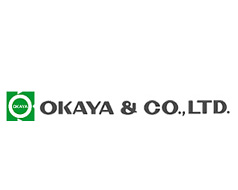 Since the establishment of a business in 1669, Okaya has always upheld the motto:“Value trust, and change with the times.”

The Okaya Group consists of 72 subsidiaries ( 34 in Japan, 38 abroad) and the annual turnover is 876 billion yen.

Our company is called “Okaya Kou-ki” in Japanese. The character of "Kou" means steel and "Ki" means machinery. These two segments, Iron & Steel Segment and Industrial Machinery & Materials Segment, form the two wheels of our business. In the first segment, we handle such as steel sheets, reinforcing steel, building steel materials, specialty steels. On the other segment, we do also such as various manufacturing equipment, mounting component, cutting tools, resin materials. The total turnover of both segments account for approximately 70% of the entire Okaya Group.

In addition, we have another two segments, the first one is Information & Electronics Segment that handles products such as cutting-edge electronic components and semiconductors, various control systems, and nonferrous metals, and the second one is Living Related Products Segment that handles foods such as herring roes, octopus, and chicken which are familiar to consumers. In this segment, we also develop real estate such as detached houses and condominium apartments. 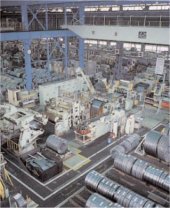 The second company “Okaya Estate Co., Ltd”, its turnover is 1.8 billion yen. It is a reliable and solid real estate company which is involved in insurance activity, as well as building, housing and parking rental.

The president, Tokuichi Okaya has been the chairman of Nagoya Building Association since 1996.

His son, Takehiro Okaya is a senior managing director of Okaya & Co., Ltd. and will be appointed as president on March 1, 2021 He is also a board member of Okaya Estate Co., Ltd. 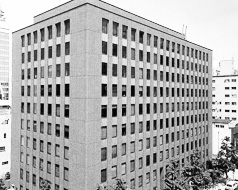 The history of OKAYA began in 1669, when Sosuke Okaya established a trading concern in Nagoya, Japan. Since then, and throughout its 335 years of history, OKAYA has evolved into a global trading company. This growth was made possible by the loyalty of its valued customers, a sound management and the entrepreneurial spirit of its employees.

The corporate name was changed to Okaya & Co., Ltd.

Inauguration of Okaya Inc in the United States.

I.P.O. listed on the NSE-2nd section (corporate capital was increased to 7.852 billion yen).

Established a subsidiary in Brasil (Okaya Do Brasil Comercio Ltd.)

Established a branch office in Mexico