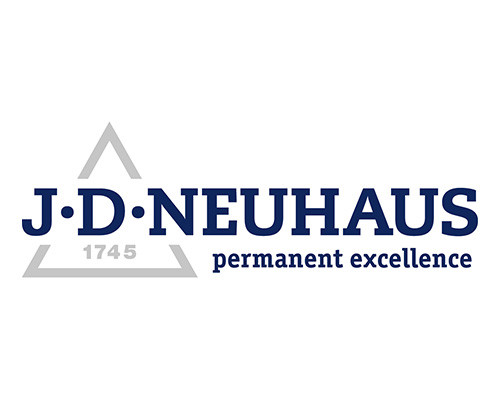 The J.D. Neuhaus Group is the world's leading manufacturer of pneumatic & hydraulic hoists, cranes and system solutions, headquartered in Witten, Germany. Founded in 1745, the family-owned company is managed in the 7th generation by Wilfried Neuhaus-Galladé as Managing Director since 1995. With 155 employees at the headquarters in Witten and another 70 spread over subsidiaries in Baltimore (USA), Aberdeen (UK), Lyon (France) as well as Singapore, J.D. Neuhaus supplies customers from 90 countries and 70 industries. 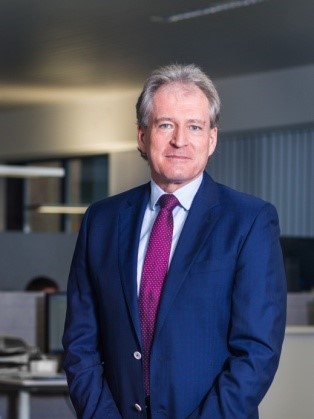 With the vision "We help people move loads in a sustainable and digitalized world", J.D. Neuhaus has made it its goal to expand market leadership with innovative and sustainable lifting solutions. The brand promise "Permanent Excellence", which the family-owned company has been claiming for more than 275 years, is underpinned by a clear communication of values.
The three value pairs tradition and innovation, performance and longevity as well as partnership and passion lay the foundation for the daily actions at JDN. They shape the partnership with the people working for JDN as well as with partners and customers. They can be found in the quality and German engineering of the products, in the way JDN works with and finds new solutions thanks to the spirit of innovation. The thinking is characterized by sustainability, which JDN believes the future deserves and needs.

With products for the food industry, the oil & gas industry or general engineering, J.D. Neuhaus has grown from a pure mining supplier in the 1980s to a global player with over 80% export share. With a partner and service network all over the world JDN serves customers in various industries where hoisting or crane solutions are needed. 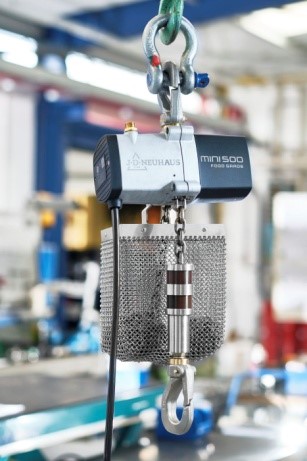 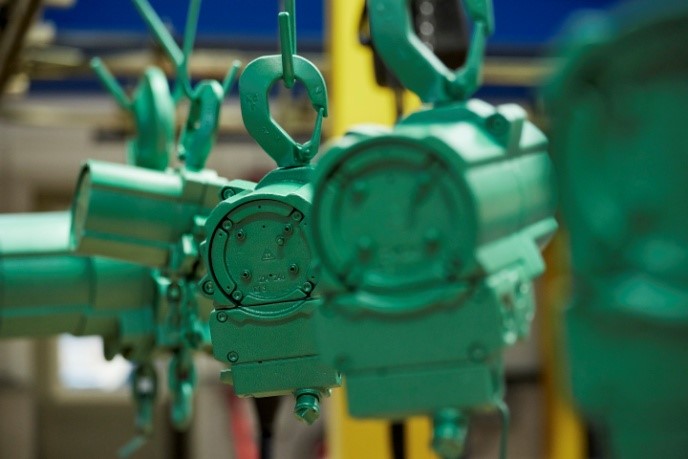 Since the invention of the pneumatic drive for hoists in 1952, this has characterized the products of J.D. Neuhaus. The company has been able to adapt this drive technology to the operating conditions of many other industries and sectors, influenced by the extreme conditions of mining and the oil and gas industry. The food industry, for example, focuses on hygiene and cleanliness. The chemical and pharmaceutical industry above all on explosion protection. The construction industry on extreme robustness. Only this small selection from the industry portfolio of J.D. Neuhaus shows the diversity of applications for pneumatically driven chain hoists. Thus, the load capacities of JDN solutions range from 125kg up to 125t. The digitalization of products has already taken hold with the JDN mini, which was launched in 2018. With NFC technology, users can access all information via an in-house developed service app. 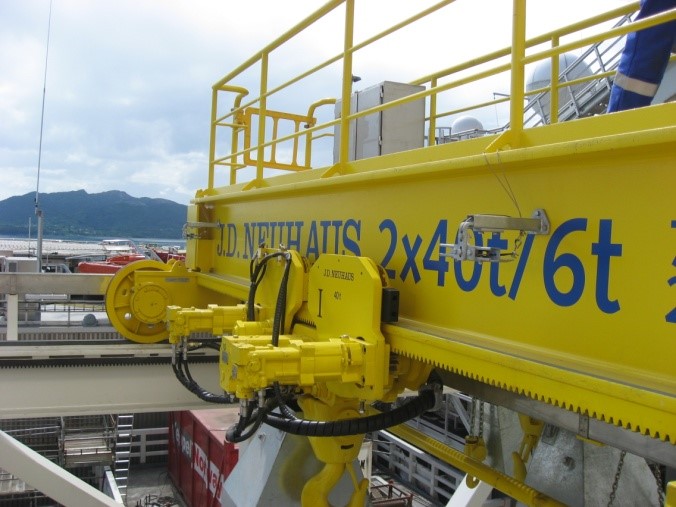 When a company produces between 6. 000 and 8. 000 hoists per year, the internal processes have to mesh like one cog in the other. J.D. Neuhaus GmbH & Co. KG succeeds in doing so with the help of modern production methods, which focus not only on ensuring high quality standards but also on fulfilling sustainability aspects beyond production. The backbone of the entire production chain on the 27,000 m² factory premises in Witten-Heven is the Toyota Production System. Methods and principles such as lean management, just in time or the pull principle lay the foundation for producing high-quality lifting equipment. 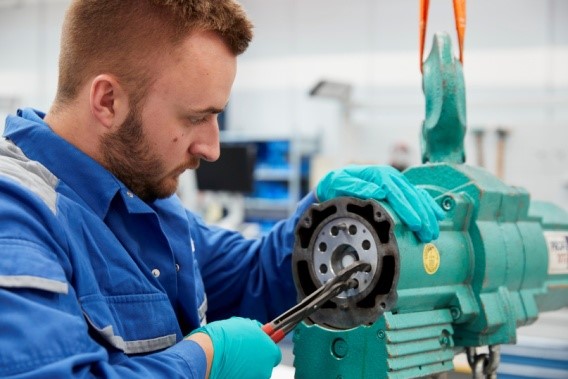 J.D. Neuhaus aims to be the most successful and sustainable manufacturer of lifting solutions. JDN is working hard to develop more and more comprehensive measures to avoid waste and to improve the company's climate friendliness. In the resource-saving production and development of lifting equipment, the involvement of our customers and suppliers, and the responsibility of people in the value-added process, JDN aims to avoid waste.
Today, every hoist is produced with 100% green electricity, latest technologies in production and value creation guarantee minimal resource consumption and sustainable projects such as the greening of the company area or JDN bee trunks make sustainability tangible at JDN. 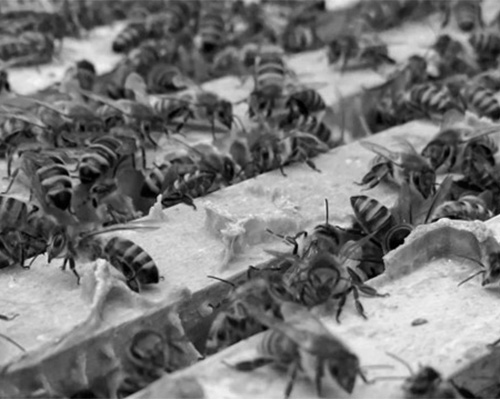 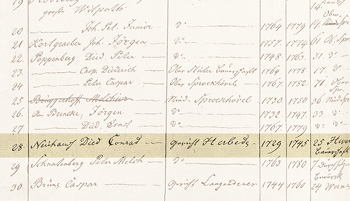 In 1745, Johann Diederich Conrad Neuhaus, who gave his name to the company, received the high honor of having his forge entered in the "Sprockhövelsche Fabrickenbuch" as a "Fabrickant". A "Fabrickant" was a master craftsman with his own business who supplied his products to the "Fabrick" - an association of independent master blacksmiths. Johann Diederich Conrad Neuhaus specialized in the construction of winches, which became successful on the market. 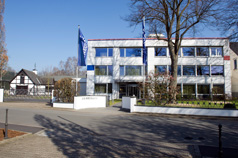 In 1807, the Peace of Tilsit is concluded and Westphalia comes under the influence of the French Empire. This marks the end of the "Sprockhövelsche Fabrick" - but not of Heinrich Wilhelm Neuhaus, who had taken over his father's forge in 1778. He survives the difficult years by selling his products on his own. In 1831, he hands over a flourishing business to his son Johann Diederich II, the third generation.

J. Diederich Neuhaus builds winches for the locks on the river Ruhr, as well as for the indispensable horse-drawn carts. In addition, he also supplies the steadily expanding railroad, because wagons have to be lifted, rails aligned and goods loaded. 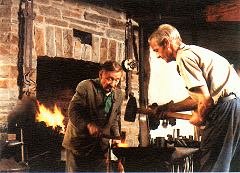 The Neuhaus winch is increasingly becoming one of the necessary tools of the mining industry. Although the Neuhaus company still does not go beyond operating an artisanal forge with factory production of winches, Louis Neuhaus successfully expands the business in the fourth generation starting in 1883. He has the old forge torn down and a spacious new one built next to the residential house, where the first machines driven by muscle power are also used.

In 1905, Louis Neuhaus dies at the age of 57. His wife Emma, who outlives him by 27 years, assumes sole responsibility for the family, the house and the business. She relies on a high degree of reliability, continuity and professional support, with which she succeeds in keeping the prospering company successfully on course.

Max Neuhaus joined the company in 1919 at the age of 19, was given power of attorney and took over the management from his mother in 1922. He specializes in the trade with winches and hoists, which he has already started, and which he systematically expands step by step through very clever advertising. In 1923, the first transmission-driven machine tools are purchased. In 1925, the Reichsbahn Central Office in Berlin places an order for 300 track hoisting winches.

In 1952, J. Diederich Neuhaus joins the company as a young engineer after gaining experience and expertise in other companies. His decision to replace the manual drive that had been common until then for J. D. Neuhaus hoists with an air motor was groundbreaking. 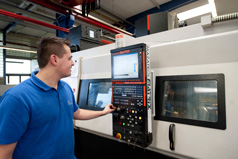 Since joining the company in 1986 and taking over sole responsibility in 1995, Wilfried Neuhaus-Galladé has pursued the course of adapting the family business to the changing conditions of global markets and setting new accents. The sharp decline in the German mining industry requires major restructuring processes. "Go global" is the motto - with innovative products. Wilfried Neuhaus-Galladé installs a worldwide sales system and founds subsidiaries in the USA, France, England, Singapore and China. Thus, the export share, in 1980 still below 5 percent, can be increased to more than 80 percent.

J. D. Neuhaus introduces the Toyota Production System (TPS). This is based on the Japanese life and work philosophy of Kaizen and follows the guiding principle of striving for continuous improvement and step-by-step perfection. At J.D. Neuhaus, the TPS leads to a consistent optimization of workplaces and processes.

Above all, the boom in the energy and raw materials sector brings J.D. Neuhaus one of the most successful years in the company's history. The focus on quality and perfection as well as internationalization bear fruit.

The launch of the JDN mini opens up new markets and industries. With this powerful hoist for small loads, J. D. Neuhaus has a product with digital future technology for the first time.

With the 275th anniversary of the company, J.D. Neuhaus introduces the new vision "We help people move loads in a digital and sustainable world". At the same time, a change of the company claim takes place: from "Engineered for extremes" to "275 years of Excellence".

With the new brand claim "Permanent Excellence", J.D. Neuhaus signals its commitment to the highest quality and sustainable action in all corporate activities.