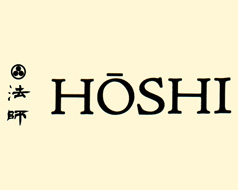 The Ryokan has evolved through the centuries. Today, it offers a hundred rooms and can accomodate up to 450 guests.

Everything has been set to fully satisfy each customer, the latest being considered as a privileged guest.
The tea ceremony is a characteristic of the traditional japanese welcome.
Natural produce is served during the meals, especially seafood from the next ocean which contributes to the Ryokan reputation.
Japanese people, more than any other, pay attention to their way of life, constantly searching harmony with nature and appreciating the changes of seasons.
Following this idea, each room in the Ryokan has been given a poetic name by Hoshi.

An "Emmeikaku", guest house built in the garden, can be found in the Ryokan as well, with walls and ceilings being nicely decorated with red checked patterns from the Hokuriku area.

Upon his arrival, the new coming guest is garbed in a "Yukata", the japanese traditionnal cotton kimono, introducing a relaxing stay where anyone can get rid of his stress.

This is the way the Ryokan Hoshi fulfils the wishes of its guests, in respect to the traditionnal and historical japanese hospitality, inherated from fourty-six generations of owners, paying attention to an absolute bliss. 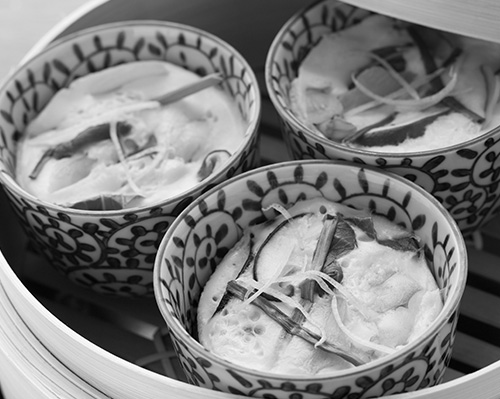 In 717, the great Buddhist monk and teacher, Taicho Daishi, guided by a woodcutter named Gongoro Sasakiri, climbed high up Mount Hakusan, an isolated sacred mountain, in order to meditate. One night, while Taicho was sleeping after beginning his rigorous regime of spiritual exercises, the guardian deity of Mount Hakusan appeared to him in a dream and said :

"Lying about twenty-three kilometres from the foot of the mountain is a village called Awazu. There you will find an underground spring of hot water with wondrous, curative powers, which have been bestowed upon it by Yakushi Nyorai, the Divine Healer. However, the villagers are unaware of this blessing. Go down from the mountain and go to Awazu. With the people of the village, unearth the hot spring and it will serve them for ever."

Taicho did as he had been commanded and made his way down from the mountain to the village, where he sought the people's help in uncovering the treasure that lay hidden beneath the earth.
When they had found the spring, Taicho told the sick to bathe in its waters and their health was immediately restored. Taicho then ordered his disciple, Garyo Hoshi, to build a spa on the site and to run it for posterity.

After carrying out the command of the deity, Taicho Daishi continued with his intensive spiritual exercises and experienced satori, a state of inner enlightenment.
Rumours of his supernatural powers found their way even to the Imperial Court in Nara. In this way, Taicho became known as the respected Koshi no Daitoku, the Great Man of Virtue from Koshi.

As this story shows, the origins of Hoshi, now the oldest inn in the world, are truly divine.