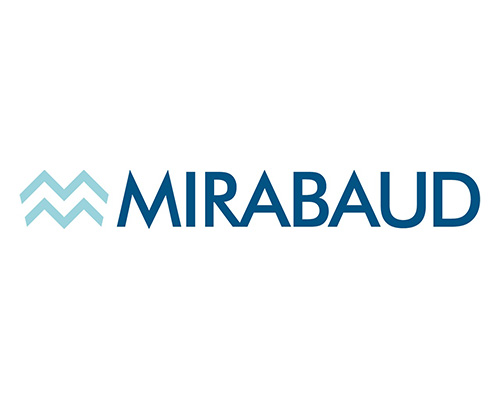 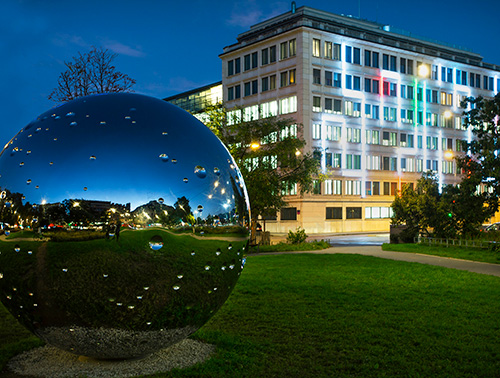 Mirabaud is the third largest private bank in French-speaking Switzerland. The Mirabaud Group also comprises two other core areas of activity: Asset Management and Corporate Finance. Our raison d’être is to help our clients navigate a complex world while ensuring finance contributes to a better and fairer society for all.

Founded in 1819 in Geneva, Mirabaud is run by 4 Managing Partners, including three descendants of our founder, David-Marc Paccard. We think in terms of years and generations when others think in quarters. Our track record of managing the wealth of prominent families over many decades speaks for itself. We invest side by side with our clients and in line with our socially responsible investment (SRI) strategy.

Mirabaud’s wealth management provides all its clients with unparalleled access to world-class bankers and experts who take a bespoke approach in addressing their private and professional financial needs and concerns. Independent Asset Managers (IAM) with their own private clients can also find customised solutions at Mirabaud, which acts as custodian of clients’ assets.

Mirabaud offers its institutional and wholesale clients a focused range of mandates as well as long-only and alternative funds. Our offering stands out thanks to an active management approach backed by strong convictions and focused on long-term, risk-adjusted performance.
Mirabaud has recently expanded its services by creating a Private Assets division, ensuring that the Private Debt, Real Estate and Private Equity vehicles meet the needs of both institutional and private clients and that they are in perfect alignment with the Group’s DNA, which can be summarized as follows: Entrepreneurial Conviction Boutique.

CSR is a key focus at Mirabaud, based on values that can be traced back to the Group’s founders: independence, conviction, responsibility and passion. For over 200 years, our responsibility towards our clients, our employees, the environment and society as a whole has been one of the pillars of our business.

Mirabaud’s corporate social responsibility involves actively supporting employees’ well-being and professional development. In all its business lines, subsidiaries and branches, Mirabaud brings together talent in a variety of roles and professions. The bank’s main asset are its employees, in all areas. Every single team member, with their expertise and commitment, plays a role in serving Mirabaud’s clients and contributes to the Group’s success. Mirabaud gives employees the opportunity to acquire new knowledge and improve their skills through a broad range of excellent external training programs.

Mirabaud is committed to supporting creative and sporting initiatives but also the men and women who embody the values behind them.

More than any other sport, sailing brings together talented sportsmen and women striving for common goals. The Mirabaud name and image have long been associated with the world of sailing and the exceptional feats of its athletes: The Bol d’Or Mirabaud, the Mirabaud Yacht Racing Image, the SUI Sailing Award, the Mirabaud BaselHead Regatta and, more recently, the Sailing Squad and Anaëlle Pattusch.

Thanks to its diversity and scope, Mirabaud’s collection of contemporary art, built over many years, reflects a pluralistic approach to our shared history and to the world of today. Whether through painting, photography or sculpture, the Mirabaud Collection bears the signature of a bold institution steeped in history but with an eye to the future. 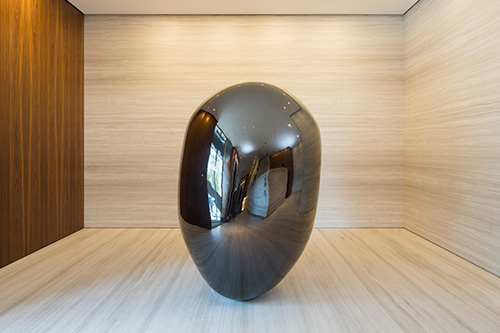 An art collection is only of real value if it can be shared. Mirabaud sponsors the FIAC and the Zurich Art Weekend, as well as the Musée d’Art Moderne et Contemporain, the Quartier des Bains and the Geneva Lux Festival in Geneva.
Mirabaud also supports institutions and initiatives linked to Corporate Social Responsibility and Socially Responsible Investing, namely the UN’s Principles for Responsible Investment, Swiss Sustainable Finance and Sustainable Finance Geneva, Interpeace, Climate Action and Building Bridges. 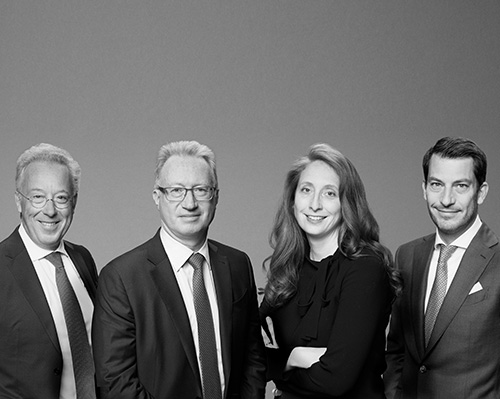 Over 200 years of dedication, passion and growth

As proud descendants of the Mirabaud Group’s founder, we serve our clients with dedication and passion, respectfully acting as custodians of this legacy for succeeding generations. We believe in stable and regular growth. We are prepared for now.

In 1819, at the age of 25, David-Marc Paccard Bartholoni signed the founding document of the company. His brother, Barthélémy, also opened a bank, but in Paris. The French capital had seen a large amount of capital flow in, but its bankers had little experience in issuing loans. The Geneva bank was thus involved in discounting bills of exchange and trading in precious metals and the many currencies in circulation at the time in neighbouring countries. It also lent to the heads of small states, such as the Italian kingdoms of Piedmont, Lombardy and Venice, the duchy of Parma and Piacenza, etc.

Ivan Mirabaud, grandson of David-Marc Paccard on his mother's side and of Jacques Mirabaud (another entrepreneurial banker) on his father's, was the first bearer of the Mirabaud name to become a partner of D. M. Paccard & Cie, in 1875. 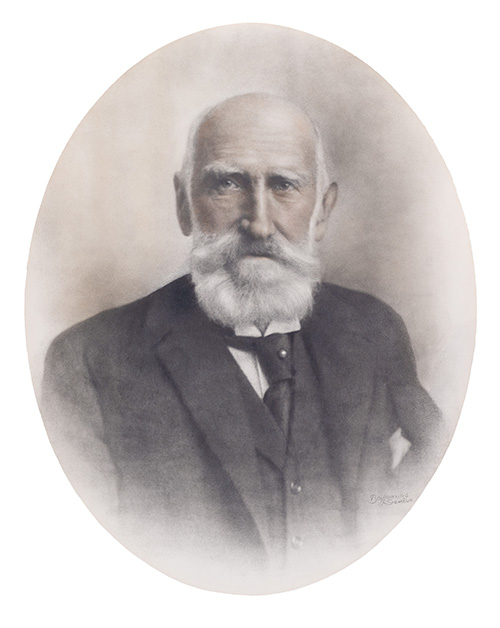 In 1840, Jacques Mirabaud’s son-in-law, Louis-Auguste Ador, father of the future President of the Confederation Gustave Ador, joined the business. Like other banks of the time, the company adapted its name to the arrival of new partners. Banque Paccard was, among other projects, deeply involved in a new area of activity that began around 1840, following the building of the railway networks in France. David-Marc PaccardPaccard's brother-in-law, François Bartholoni, who later donated the Conservatoire de musique in Geneva’s Place de Neuve, was president of the Compagnie du chemin de fer de Paris à Orléans, one of the five major private railway companies that merged on 1 January 1938 with the State and Alsace and Lorraine railway administrations to form the SNCF.

Ivan Mirabaud was a partner in the bank in the bank for 60 years. He was joined by his sons, starting with Jean (from 1906). Jean Mirabaud was actively involved in the creation, in 1909, and subsequent development of the Conrad Zschokke construction company in Geneva, before it passed into the Pictet fold via the Koechlin family. Paccard & Cie was renamed Paccard, Mirabaud & Cie on 15 February 1921. Shortly afterwards, a third Mirabaud - René was appointed partner. The last Paccard representative, Edmond Paccard, retired at the end of October 1929. It was only natural that the bank should be renamed Mirabaud Fils & Cie.

A pioneer in many areas

The company's field of activity, which before the war was mainly turned towards Paris, had to be scaled back owing to the border closures during the two world wars. It was then that its directors sought to focus on business in North America. Throughout its two centuries of history, Mirabaud has always been guided by the entrepreneurial and visionary spirit of its partners. For example, it was behind the creation of the country's first stock exchange, in Geneva in 1857. And it contributed to the foundation of the Geneva Private Bankers' Association in 1931.
Mirabaud was also a pioneer in Switzerland in alternative investments. In 1973, it successfully launched the first fund specialising in the US market. It did so together with other European investors, as it was convinced that the search for the best investment talents should also extend beyond Swiss borders.

Mirabaud's international development dates to 1985, when it opened its first foreign office in Montreal, Canada. This was followed in 1990 by the strengthening of its presence in London with an expanded offering of corporate finance services for institutional clients and management services for pension funds. "It was during this period, in the early 1990s, that the family business developed into what it is today: an international banking and financial group whose assets under management have grown from some CHF 2 billion in 1990 to more than CHF 39.1 billion end of 2021", notes Yves Mirabaud, Managing Partners since 1996 and current Senior Managing Partner.

The Geneva-based private bank consolidated its strategic development in the Swiss market by opening a branch in Zurich in 1998. Mirabaud's international expansion coincided with the enlargement of the group of Managing Partners in 1997 to include members from outside the founder's family. However, the same principles governing co-optation based on skills and experience, as well as shared family values in the broadest sense of the term, have always held. Antoine Boissier became the 19th managing partner in 1997, followed by Thierry Galissard de Marignac (respectively the son and grandson of Pictet & Cie partners who joined Mirabaud in 1995) and Marc Pereire in 2005.

As early as 2003, the Group reinforced its presence in Europe, opening a subsidiary in Paris, and in Switzerland, by acquiring Banque Jenni & Cie in Basel. Mirabaud’s presence in Dubai was inaugurated in 2007 in the presence of Federal Councillor Doris Leuthard. Another step was the significant expansion in Spain. When Mirabaud entered the Iberian market in 2009, it initially conducted its business through exclusive cooperation agreements with a local management company. The Group has been operating in Spain under its own name since 2011, initially in Madrid and Barcelona. With the opening of offices in Valencia in 2012 and Seville in 2014, Mirabaud further increased its wealth management, asset management and corporate finance activities in the country.

The evolution of Mirabaud's structure

On 1 July 2013, the Group entered a small revolution, announcing the creation of a limited partnership with share capital under Swiss law, so as to "enable it to continue its development and respond in the best possible way to the changing requirements of the Swiss and international markets". In other words, Mirabaud & Cie took the form of a public limited company. The Group's various activities are managed by Mirabaud SCA, which is owned by the Managing Partners. This change in legal structure came into effect on 1 January 2014.

At the same time, Mirabaud set up a bank in Luxembourg - Mirabaud & Cie (Europe) SA - to optimise the services offered to European clients. At the beginning of 2016, Mirabaud also moved into Italy, where it started operating its asset management activities in Milan. In 2019, Mirabaud entered the Latin American market, opening an office dedicated to wealth management advice and counsel in São Paulo, Brazil, and two wealth management subsidiaries in Montevideo, Uruguay, serving local and regional clients respectively. Mirabaud also continued to expand in the Middle East with the opening of a subsidiary in Abu Dhabi for wealth management clients